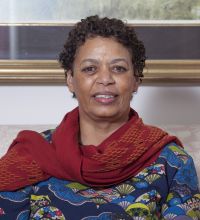 Lynette Maart has extensive experience of working in various capacities in the not-for-profit and heritage sectors. She currently serves as co-chairperson of the Ministerial Task Team (MTT) established in 2014 to stop unlawful and unauthorised debit deductions from social grants. 1986 to 1991: Lynette worked as Trainer, Trainer of Trainers and senior manager in early childhood development, in disadvantaged communities, at Border Early Learning Centre (EC) and Grassroots Educare Trust (WC).

1998 to 2013: Lynette was the Deputy Director of the Robben Island Museum. During her tenure as project manager at the St. George Cathedral Crypt Memory Centre three books and two exhibitions were produced – Glimpsing of Hope, Marching for Peace (focusing on the 1989 Peace marches) and An African Tale to the Mother City, (housing and land struggles in the Western Cape from Modderdam to Khayelitsha).

1992 to 2013: Lynette worked as Senior Organisation Development consultant at the Community Development Resources Association (CDRA) with clients in the land, urban development and heritage sectors including. Lynette worked as independent OD consultant with clients in community philanthropy, international donors and local foundations. She led teams to conduct external evaluations and facilitated the development of strategic plans.

An Wentzel
This email address is being protected from spambots. You need JavaScript enabled to view it.
Tel:  021 686 6952 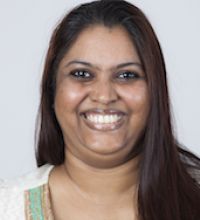 Evashnee joined the Black Sash in June 2007. Her passion and commitment to Human Rights and Constitutional Values has meant that she’s worked almost exclusively in the NGO sector after completing her articles in February 2003. As a qualified attorney, she held the position of Legal Officer at the Durban Lesbian and Gay Community and Health Centre from March 2003 to May 2007. She was very influential in many of the Constitutional Court Rulings that gave rise to the recognition of rights for Lesbian and Gay people, culminating in the victory of ensuring same-sex marriage for same-sex couples.

While Evashnee has a Master’s Degree in Tax Law, her passion has always been to provide access to justice to the marginalized, with a particular focus on women’s and children’s issues.

Since joining the Black Sash she has become a Champion of Women’s Issues ensuring access to socio-economic rights like access to the Child Support Grant, Maintenance and participating in global debates around a safe and woman-controlled HIV preventative measure like Microbiocides.

Evashnee’s area of expertise includes facilitation and the interpretation and implementation of Laws dealing with Social Security (both Social Assistance and Social Insurance), Wills and Estates, Gender and HIV/AIDS and Constitutional Issues. 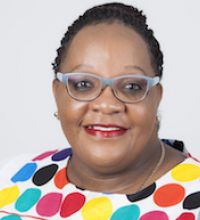 Thandiwe Zulu worked for the Black Sash as Paralegal Caseworker between August 1997 and October 1999. She rejoined the organization in June 2007 as Regional Director for the Gauteng office. Before joining the Black Sash, Thandiwe worked as a Social Worker for Association for the Deaf under The DEAF Federation of South Africa and also held the position of Socially Excluded Project Coordinator and Facilitator at the Workers Education Project, a Labour Service Organization.

Thandiwe’s areas of expertise include Social Assistance and Security, Labour laws and Labour issues, as well as community work and development. 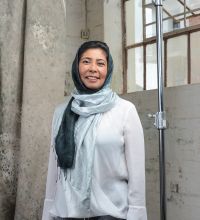 Hoodah Abrahams-Fayker, is an attorney who has local and international legal experience having worked and presented extensively in this area. She has, in recent years, made significant strides in advancing women's rights in South Africa.

Hoodah began her career at the Legal Aid Board before spending time in the UK, where she worked as a legal consultant at the London-based law firms of Herbert Smith and Clifford Chance. On her return to South Africa she managed a large branch of Legal Wise and extended her experience in the property sector at a firm of attorneys specialising in conveyancing and administration of estates. She worked as a senior attorney for the Women's Legal Centre, working towards advancing women's rights through impact litigation. She holds a BA degree from the University of Cape Town and an LLB degree from the University of the Western Cape.